Grand Rapids, Michigan — Aug. 9, 2016 — Terra GR is expecting big crowds when Restaurant Week begins this Wednesday, but they’re hoping to feed more than their own patrons.

That’s because Terra will donate $1 — the equivalent of four meals — to Feeding America West Michigan for every Restaurant Week special they serve. On top of that, every customer who makes their own gift to the food bank will get a voucher for a free communal item or dessert. (Download the Press Release)

“We know all of that money stays in the local community,” said general manager Chris McDonald. “It’s kind of a no-brainer for us.”

McDonald adds that Restaurant Week, a time when Grand Rapids collectively obsesses over food, is the perfect opportunity to draw attention to the reality that 1 in 8 people in the region struggles to get enough to eat.

Terra GR has been involved with Feeding America West Michigan for years. Their 2015 Restaurant Week fundraiser supported the distribution of more than 2,000 meals, and Terra staff are heading to Ham Family Farm this Wednesday to pick vegetables for the organization.

“Our chef Abby’s just done an amazing job with this,” McDonald said. The menu is available online. 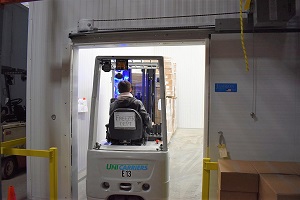