In 1981, a few Michiganders who believed no one should go hungry began gathering surplus food and distributing it to their neighbors facing hunger in Kent County.

Since then, Feeding America West Michigan has grown to serve 40 of Michigan’s 83 counties with the help of hundreds of local partners and thousands of donors and volunteers. Together, we put an average of 21 million meals’ worth of food each year on the plates of hundreds of thousands of neighbors who may otherwise go without.

2021 marks 40 years nourishing neighbors together. Despite significant changes during this time, our core beliefs have remained the same: No one should go hungry, meals can change lives and good food shouldn’t be wasted. We work together every single day to make our vision – a community in which all neighbors are nourished and empowered within an equitable food system – a reality.

This page will be updated throughout the year as we share stories, photos and more from the food bank’s journey from past to present – and the steps we are taking next to secure a hunger-free future. Stay tuned! 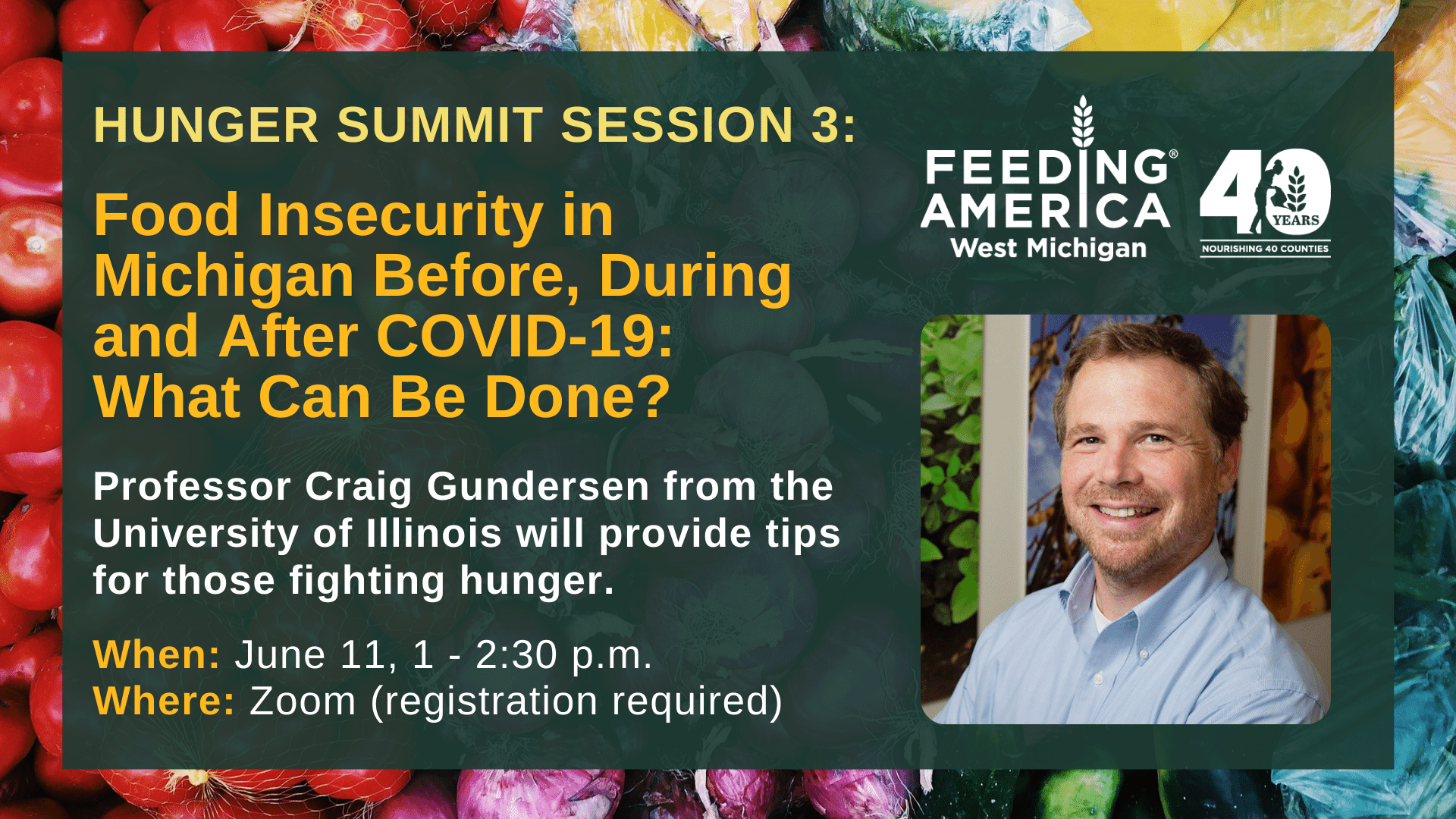 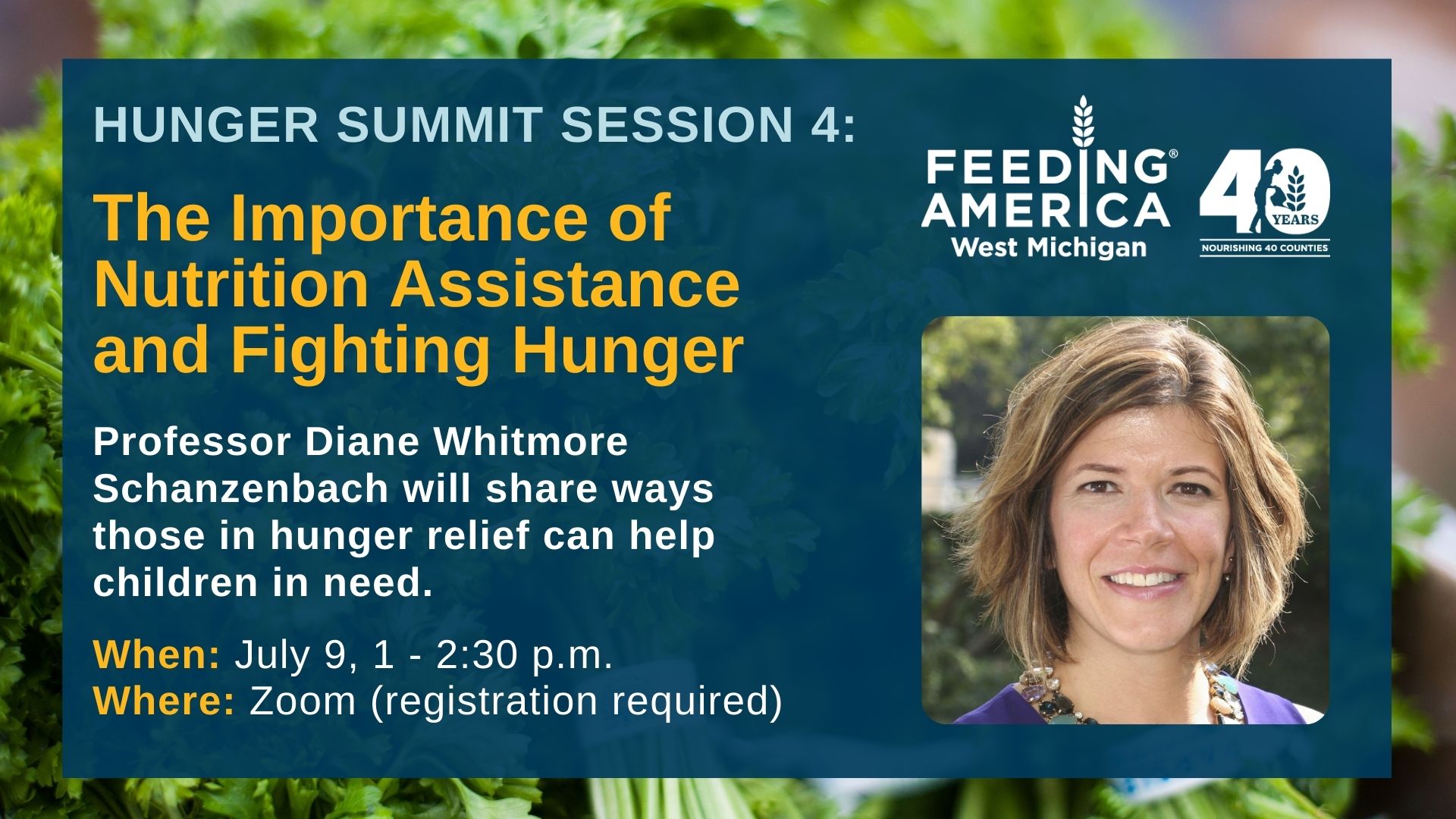 It all began with carrots 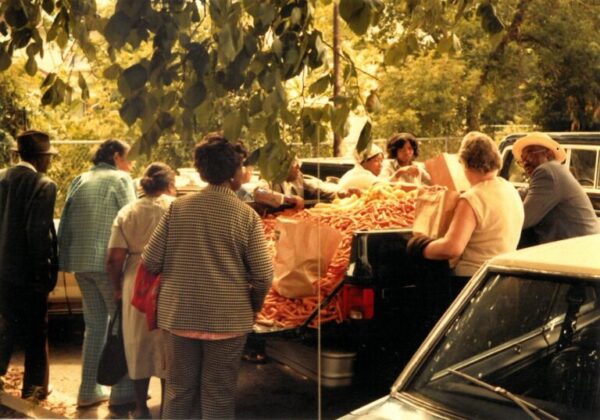 In 1980, Rev. Don Eddy, director of United Methodist Metropolitan Ministries, called a meeting to discuss the concept of a West Michigan agency resembling Gleaners Community Food Bank, which was founded in 1977 in Detroit. He made the decision to assemble such a group after seeing a truckload of perfectly good carrots being composted on a farm in Grant. On that day, he asked the farmers to stop dumping and told them that he knew a lot of people struggling to put food on their tables who could really benefit from the carrots.

The carrots were just the beginning. In recognition of our 40th year fighting hunger, we’ve put together a timeline highlighting our food bank’s milestones.

Throughout the year we’ll be featuring 40 people who have been part of the food bank’s 40-year journey.

Early staff at our Southwest location

An agency partner picking up food

A Mobile Food Pantry in a yellow truck

A hi-lo loads a truck at an early warehouse

Staff take a break to laugh at our warehouse

Priscilla (right) and other staff members

John Arnold's 26th anniversary of working at the food bank

Priscilla working in the office

Priscilla, one of our longest tenured staff members, drives a hi-lo

John Arnold and a staffer at our Cadillac branch's grand opening

John Arnold being interviewed by the media

Joanne Julier, chairperson of the Food Pantry for Christ Temple Church in Ravenna is assisted by her husband, Jerry, in filling her order at WMG warehouse