The Food Bank Farm is located on the Eastmanville Farm just north of the Grand River in Ottawa County. Our 3 ½ acres are on loan from the West Michigan Agricultural Education Center (WMAEC), a nonprofit composed of local farmers, educators, and county officials whose goal is to establish a diverse working farm to educate the public about agriculture and bring up a new generation of farmers to feed our state.

Despite its name, the Eastmanville Farm wasn’t a farm in the traditional sense. It was acquired by Ottawa County in 1866 as a home for the poor and mentally ill. Hope Network began managing a nursing home on the property in 1936, and when the nursing home closed in 2008, Ottawa County opened the property’s 229 acres to the public for hiking and equestrian use.

In 2011, the county leased 100 acres of the property to WMAEC, which began cultivating the land with the help of local Future Farmers of America groups. Two years later, they donated a small portion of that lease to Feeding America West Michigan, and the Food Bank Farm pilot program was born.

“I just think it’s a worthwhile cause,” said Matt Hehl, a local hog and grain farmer and WMAEC board member. “It speaks well of the local farmers and their willingness to give back to the community they make their living in.”

Hehl and fellow board member Dr. Adam Kantrovich, from the Ottawa County-Michigan State University Extension, will manage the farm through its first year.

It’s fitting that Eastmanville Farm, home to some of Ottawa County’s most vulnerable residents for 150 years, will now provide fresh and healthy vegetables to food-insecure families throughout West Michigan. 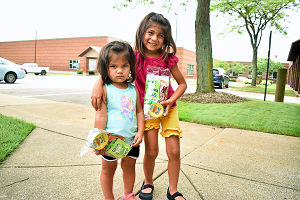 Librarians are nourishing kids through Library Lunches to Go 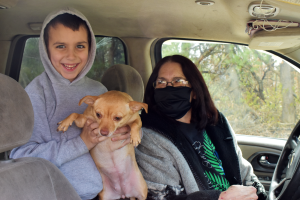