August 28, 2014 — Comstock Park, Michigan — Instead of throwing a party, Riveridge Produce Marketing, a West Michigan apple grower, packer, and sales company, decided to celebrate their 25th anniversary by feeding the hungry. On Wednesday morning, they invited volunteers from Feeding America West Michigan Food Bank to their orchard in Conklin to pick nearly 600 pounds of Ginger Gold apples for local families in need.

The apples were given away at a food distribution at Engedi Church in Holland that afternoon.

Lannie Collard was among the volunteers at the orchard. An instructor at Grand Rapids Community College, she brought a group from her grandparent/grandchild program to help.

“Personally, I feel like the grandparents’ generation understands giving back, but I’m not sure the younger generation does,” Collard said. She believes instilling the value of service is critically important. The fact that the kids got to eat a few apples while they were picking probably didn’t hurt.

Riveridge Produce Marketing was founded in 1989 and now brokers 40 percent of Michigan’s apple sales. While Michigan is typically third in the nation for apple production, behind Washington and New York, the company believes they could edge out New York to take second place this year.

Most of the state’s apples are grown along the Fruit Ridge, a small region northwest of Grand Rapids whose elevation and proximity to the lake regulate temperature and stave off frost. The Fruit Ridge also happens to be very close to Feeding America West Michigan.

“Talking with food banks around the country, not everyone has access to the kind of produce that Riveridge donates. We’re incredibly fortunate to have a partner like this,” said Feeding America West Michigan CEO Ken Estelle.

To be a part of future produce gleaning opportunities, create a volunteer profile on our website. 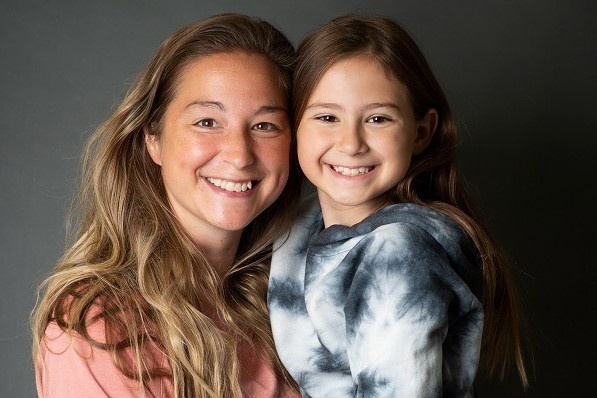 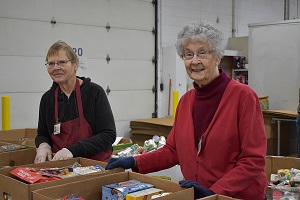 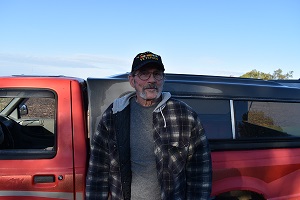 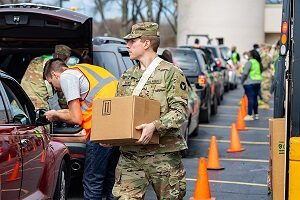